Most air conditioning systems are pretty vocal about the need for occasional repair and servicing. Whenever your A/C needs service, chances are you'll see or hear obvious signs such as excessive vibration or a complete loss of cooling.

Not every sign is as clear cut or straightforward. There are times when you know something's a bit "off" with your A/C system, but you can't quite pinpoint the problem. That's because your A/C system can deliver plenty of subtle signs that are easy to miss due to their low-key nature.

The following highlights a few subtle signs that your A/C could use some TLC.

As long as your A/C system provides an acceptable level of cooling, chances are you won't notice a gradual decline in cooling performance until it's too late. In many cases, the cool air your A/C system produces becomes steadily lukewarm over time, eventually reaching a point where it finally becomes obvious.

If you believe your A/C system doesn't cool as good as it used to, then chances are it isn't. Ongoing refrigerant leaks can slowly and subtly rob your A/C system of its usual cooling performance. Other issues including mold and mildew growth on critical components can also slowly choke the life out of your A/C system.

Don't forget that your A/C system's overall performance can also decline as it ages. Keeping up with regular maintenance can help stave off age-related issues, but only for so long. If you're dealing with a decade-old A/C system that's delivering tepid temperatures, then it's time to consider a replacement instead of ongoing repairs.

Not only is it possible to feel slight changes in A/C performance, but it's likely you can hear those changes as well. If you're used to the way your A/C system sounds throughout its daily operation, a subtle change in its pitch or tone can be cause for some concern.

Your A/C system could suddenly sing a slightly different tune as it steadily becomes clogged with an excessive amount of dust and debris. Dirty air filters and dust-filled ductwork can change your unit's pitch and tone. Certain mechanical issues, such as a failing compressor, can result in a slight change in pitch during operation.

Another subtle sign of A/C issues on the horizon is a slight decline in blower fan strength. In other words, the air you can feel from your A/C ducts isn't blowing with the same vigor it used to, especially after making sure you haven't accidentally changed your A/C fan settings.

Problems such as debris buildup, dirty air filters and physical duct damage can lead to weaker air flow. Problems with the actual blower fan itself, such as a lack of lubrication or worn-out bearings, can also spell trouble for your A/C system. 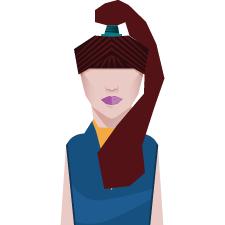 When it comes to indoor temperature control, it isn't always easy to agree on the settings. I have a huge family, and I can't tell you how many times we have had large, long, discussions about the air conditioner or heater. However, keeping your home comfortable doesn't have to be a guessing game. By creating a daily schedule and locking down your device, you might be able to enjoy a perfect space. Check out my blog to find out how to keep your place a nice temperature without sparking family brawls. You never know—it could make your free time a little more enjoyable.